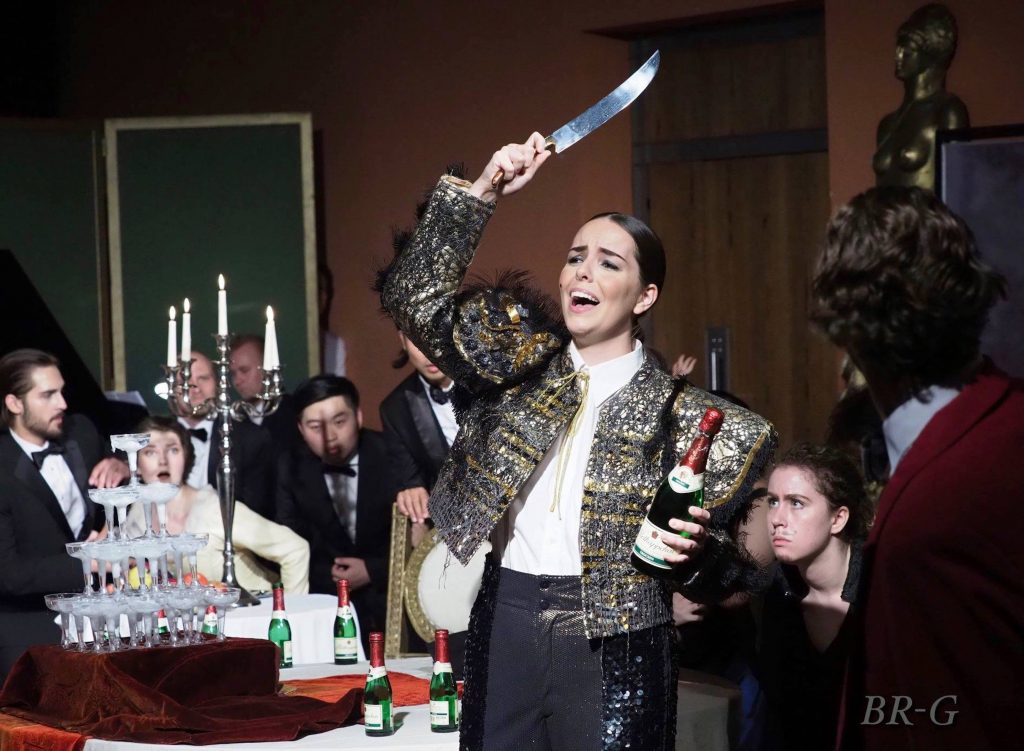 Lyric Opera Studio Weimar is delighted to announce the return of our production of Johann Strauss’ sparkling operetta, Die Fledermaus. The production will be accompanied by professional chamber orchestra, made up of members of the Staatskapelle Weimar of the Deutsches Nationaltheater Weimar.

On New Year’s Eve, Gabriel von Eisenstein is being forced to go to jail for punching a police officer, however decides to evade jail for one night so that he can go to Prince Orlofsky’s lavish party. Eisenstein wants to go with his friend Falke, so he tells his wife, Rosalinde, that he is heading off to jail. Meanwhile, Rosalinde knows that Eisenstein is lying, and follows him, in disguise as a Hungarian countess to the ball. Adele, their maid, also feigns an excuse to be released from work that night so that she can also go to the ball, disguised as a Russian actress named, Olga. After many mistaken identities, Eisenstein attempts to seduce his own wife without knowing. Much frivolity, and many festivities behind them, the great farce ends up with a happy ending for all.

Click HERE for program details and visit our Application Page  for application guidelines.